A promise is a promise…no matter what.  How could I disappoint Janie*, the sweetest of my friends? (*Names in this story have been changed to protect Jeanie-I mean Janie’s- identity and to spare me the wrath of Kelly, Brooke and Diane, who have been touting the benefits of yoga for years.)

As Janie inched her way toward fifty and I leapt several yards beyond, we both knew that our exercise regimes were in need of an infusion of something bold.

Last spring, we agreed to meet for morning walks, which at the time sounded like a great idea.

Fresh air, friendship and a cardio workout could deliver a triple treat.

The only problem was, it never happened.  Over birthday lunch a year later, we resolved to change that. If walking didn’t work, then we would try yoga. Janie and I would be accountability buddies. No seriously; this time, we would make the effort and forge ahead. Forgoing a pinkie swear, we were in.

There is something that you should know about me. I hate yoga. I like yogurt…but unfortunately, that has nothing to do with anything.

My yogi friends vow that it is life changing, enriching and joyful.  I can assure you that for me, it is none of those things.

Over the years, I had attended a class or two with well-meaning pals. Let me be clear: I did not begrudge the fact that they were human pretzels. But consider this; if God had meant for us to easily touch our toes, wouldn’t He have created us with feet on our shoulders? Think about that.

I would have to say that my biggest beef with yoga is the lingo.  Yogis say things that leave us mere mortals bewildered. How can one sit there straight-faced while listening to phrases like, ‘Respect the space in between’ and not question, ‘in between what?’  Or ‘Acknowledge the heaviness of your left foot.’  Come on now; what does that even mean?

Thinking back, I vividly recall one particular class in which the yogi guided the group to collectively pant, then ordered us to take part in a primal scream.  What, no baby as a reward?

But the weirdest – there, I said it- was the yoga teacher who had us blow our noses while she counted, ten times, nostril by nostril. I can still picture her glazed expression as she handed out Kleenex to her devoted students. Dumbstruck, I accepted a tissue. As I watched and listened to the honking around me, I wondered if the woman was an aspiring ENT or a sadistic sage. I’m still not sure.

But that was years ago. Perhaps I could appreciate yoga more now as an older, wiser adult.

When I met Janie at the studio, we were both a bit tentative.  There was something very ‘blind date’ about our adventure and we were overly polite about who should sign in first.

The instructor was lithe and perky – already a bad sign. I had hoped for a creaky-kneed Yoda type who might take pity on me. Instead, Miss Warrior Pose got right to it.  Scanning the room, I noted there was not a wide range of participants. The Lululemon poster children appeared to be clones. All eager and willing, not one of them flinched when the teacher ordered us into downward dog.

I felt more like ‘bad dog’ and was ready to quit after 5 minutes, but there was that pact I made with Janie.  How was I going to explain that although I admired and yes, envied my yogi friends, I could not meet them on their level.

My journey was different, in that theirs was ever evolving, fluid, serene. Mine was booked on Travelocity with a strict cancellation penalty.  I felt trapped.

Then, the yoga speak commenced and I struggled to suppress a smirk. ‘Create an intention in the silence of your hearts,’ the instructor intoned.

Okay, how’s this? Please let me not embarrass myself and my friend.

‘Think of a mantra,’ she continued. Um, here’s one: Get me out of here.

Keep going, you can do this I willed myself. Stay in the present. Don’t compare yourself to others. Oh my gosh; that woman over there should be in the circus, I thought. How was I supposed to take this seriously? I wish I knew when we signed up that Vinyasa is actually Sanskrit for, ‘torturous and unattainable poses’?

At last, and not a moment too soon: redemption.  ‘Shavasana’, the corpse pose. Well, how apropos, as I felt almost deceased.

Finally, I relaxed, reflected, and counted down the minutes until lunch.

The instructor interrupted my reverie by quietly offering a spritz of lavender. Couldn’t she have left well enough alone?

As the gentle chimes rang announcing the end of class, we were asked to sit up, bow to one another, and say ‘Namaste,’ which translates loosely to ‘are we officially done yet?’

After thanking the teacher, Janie and I headed to the parking lot. Having made scant eye contact for the last hour, I searched her face for clues.

What if she loved it? After all, Janie was by nature a serene person. This class might have been just her cup of tea.

Finally, away from the rest of the group, I tiptoed around the question, ‘Well, what did you think?’

I almost jumped for joy when she said, ‘I found it challenging,’ which to me signaled that she loathed it as much as I did. Janie did suggest that we look for another less rigorous class, perhaps restorative or Hatha yoga (again, from the Sanskrit for ‘zzzzzzzz’).

‘Sure, sure,’ I replied. ‘What a fabulous idea. Why don’t you check that out for us?’

In the meantime, while she’s searching, don’t mind me if I just Namastay home. 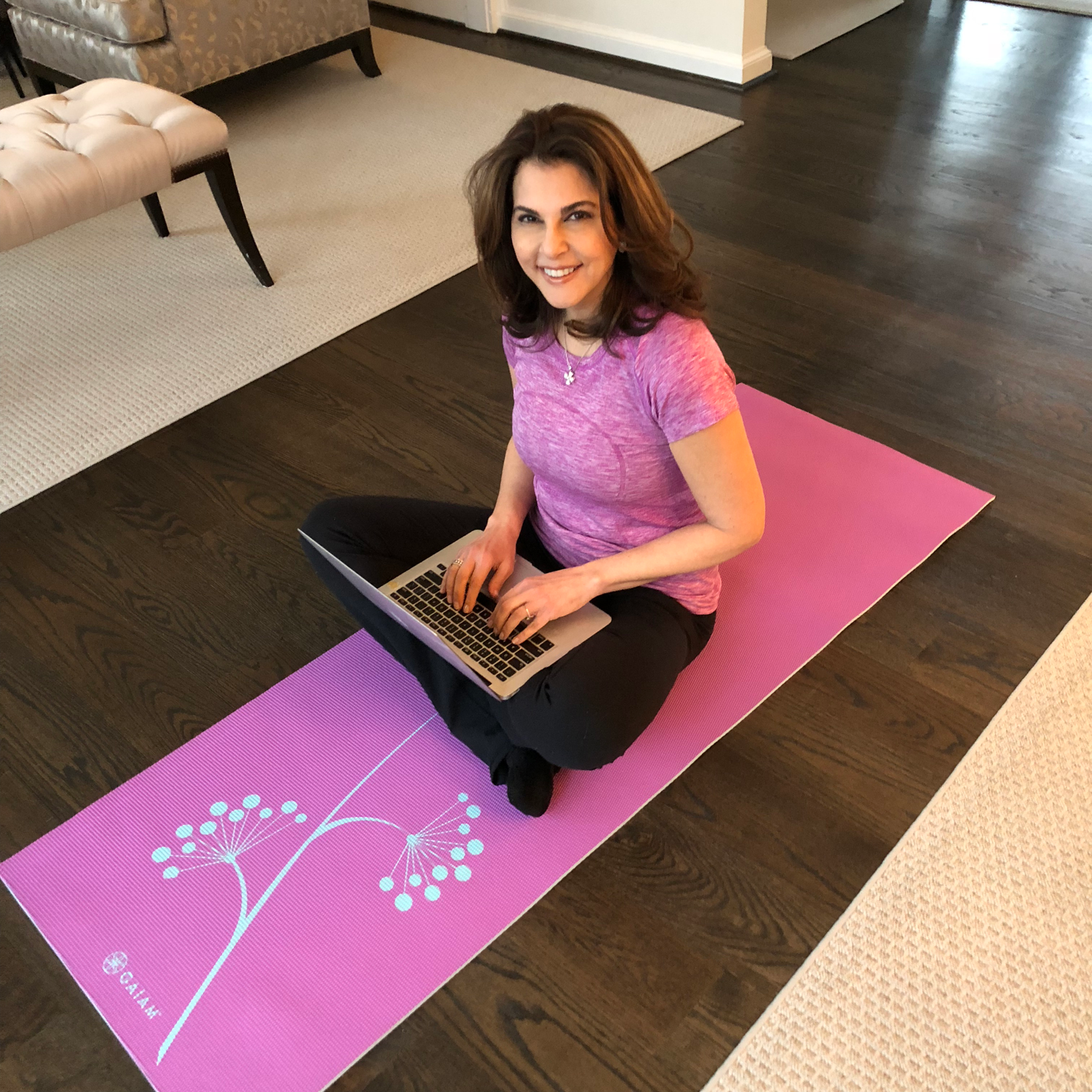