We used to be so close. Every morning, I would greet you with a smile, anticipating your reaction. More often than not, you returned my enthusiasm with a glowing response, which would set the tone for for my day. I’d blow you a kiss as I headed toward my first cup of coffee. I trusted you. Your support sustained me.

After our morning interlude, I felt a rush that no one else could provide. Problems? I faced them head on, with energy and pluck. You offered me a boost, and I adored you for it.

Some whispered that our relationship was unhealthy.
Let them say what they want, I contended. You were mine and we had an understanding.

But lately, ah lately, we barely interact, and when we do, we disagree. You remain intransigent, unyielding, maintaining your position. I insist that you are off the mark. When things escalate, I accuse you of lying, while you remain complacent. Unmoving. Cold.

I tell myself that you’ve changed, but in reality, we both know it’s me. There’s a heaviness in the air. I can feel it. When we do make contact, I walk away feeling dejected. Unloved. Angry at you, disappointed in myself.

I love you, but I hate you. When you are good to me, I bless you. But when you are bad, I curse you. I’ve tried living with you, I cannot live without you. But the time has come.

You are my bathroom scale….and I am throwing you in the garbage.

I know that I am not alone. So many women, both friends and acquaintances, have voiced being in similar love/hate relationships.

Sister slaves of the scales, you know who you are:

Lovely Libby, who weighs in pre-coffee, then again post-morning run, once more before dinner, then a final check before heading to bed. Or Peggy, who closes one eye while while the other focuses on the dreaded digital readout. There’s Janie, who tiptoes on, shakes her head in disbelief, jumps off, then tries again, this time exhaling all the air from her lungs, hoping for a different result.

Consider Lola, who refuses to weigh herself until after she has visited the bathroom. Twice. 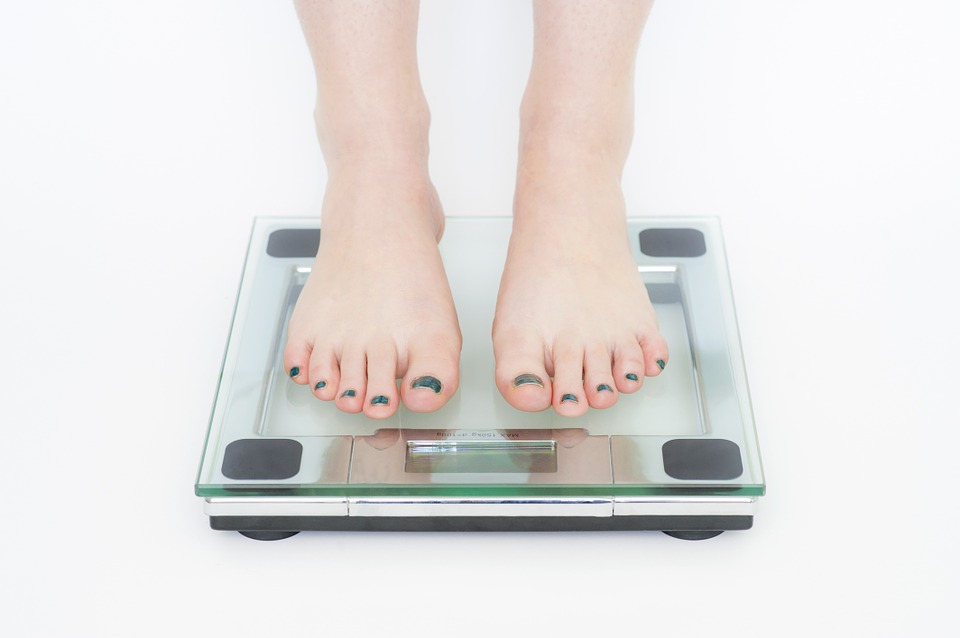 I have one friend, let’s call her (ahem) Fifi, who for days before her annual physical avoids air travel and sodium. Showing up early the morning of her exam (and yes, only an early morning appointment will do), she strips bare of shoes, clothes, jewelry and ponytail holder before allowing the nurse to set the balance.

Last year, I – or rather, Fifi, pleaded with her doctor, ‘don’t tell me unless it’s bad. I don’t want to know.’
The doctor insisted that her weight was perfectly reasonable for a woman of her height and age. In spite of that, Fifi spent the next hour analyzing the word ‘reasonable’…then reasonably drove to the nearest Burger King for a large order of fries with extra salt.

We laugh nervously…but how many of us recognize that feeling of being tethered to an object that has such bearing on our mood and self-esteem?

This has got to end. Why are we so harsh on ourselves? Think about it; would you ever judge your friend if she were heavier today than the last time you met?

Picture this scenario: you’re meeting Susie, one of your dearest pals for lunch. She’s the sweet one- the gal who always listens and only has kind words to share. You haven’t seen her in a few months and when she walks into the restaurant, WHOAAAA: Susie’s obviously packed on the pounds. If I were a betting woman, I’d say that she’s at least 15 if not 20 pounds heavier today than the last time we met. Talk about the elephant in the room…She looks terrible and frankly, there’s no way I’d ever swap stories with her now. I’m not sure that I can even trust a person who doesn’t care about her appearance and frankly, I don’t think that getting together in this well-lit bistro was such a good idea after all. Check please.

As IF!!! We would never in a million years think so unkindly of our friends. So the question is, why are we so cruel to ourselves? The French have an expression about how one cannot use deux poids, deux measures (literally two weights, two measures). C’est vrai! Trop vrai, in fact. There should be no double standard.

Ladies, I propose that we reclaim the power of the pounds. Fight the urge to be enslaved by a statistic. Let us remind ourselves that the scale is there as a guide, a useful health tool and not a barometer of our mental state. Of course we should monitor our weight, just like we do our blood pressure and cholesterol. Step on, step off, then step away.

Repeat after me the words you would tell your very best friend; You are beautiful. You are kind. You are smart. You are deserving of respect. A number on a scale could not begin to measure the sum of your worth.

It’s time to take back our lives, rebalance, and heed the words of the Second Commandment:
‘Love they neighbor as thyself.’

And yes, that means you as well, Fifi.